THE MASTICHOCHORIA (the villages where masticha trees are growing) 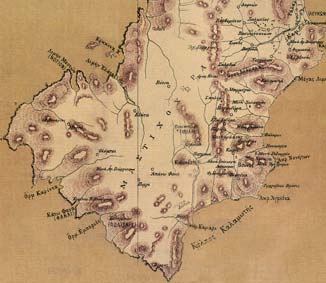 In the south of Chios, there are 24 medieval villages, which are characterized by the production and trade of the mastic product. The danger of the pirates, the neighboring with Turkey and their intention for a better exploitation of the natural mastic gum, are the main reasons on which these villages have been created.

The Masticha villages are built far from the sea, in order to avoid an unexpected attack from the pirates. A close four-sided shape and a dense urban planning characterize the formation of the villages. A defense-tower dominates the centre of the village.

Most of the villages are from the medieval period and were built between 1346-1415, following the Greek system, even if the construction was made under the command of foreigners. These villages were under the domination of the Turkish of the Ottoman State almost until 1912.